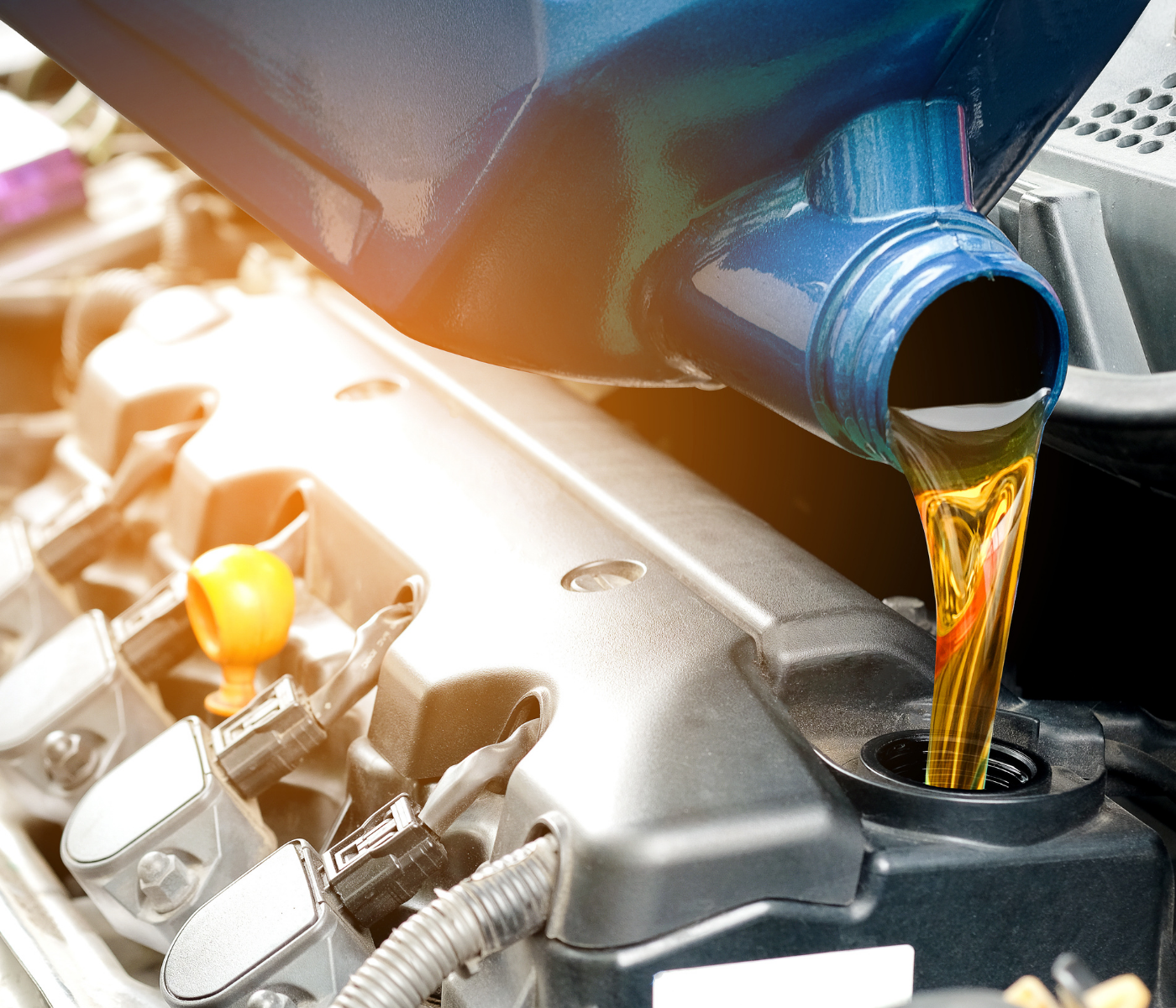 Turbo Hackers is a participant in the Amazon Services LLC Associates Program, an affiliate advertising program designed to provide a means for sites to earn advertising fees by advertising and linking to Amazon.com.

Changing your oil is a hassle in itself without having to decide what oil to use.

Deciding on what oil to use if overwhelming. You have to decide on the grade, quality, and type before you can move forward.

This can be overwhelming if you don’t know the differences between each oil.

This post will break down the difference between 10w30 and 10w40 and when you should use each one.

The short answer is that the only difference between 10w30 and 10w40 is how they perform high temperatures.

At lower temperatures, 10w30 and 10w40 perform exactly the same. This means at different low temperatures; they have the same viscosity. If you are driving in high temperatures, specifically temperatures greater than 90 degrees Fahrenheit, you should use 10w40.

The thickness of 10w40 is better equipped to deal with the increased load and prevents metal-to-metal contact inside the engine better than 10w30 oil.

10w40 is better suited for hot weather or heavy loads.

When you expect your vehicle’s operating temperature to be higher than most casual driving cars, using 10w40 is recommended.

The higher viscosity of 10w40 at high temperatures reduces wear and tear when putting more pressure on your vehicle’s engine.
10w40 is also a great option for older vehicles.

The increased viscosity of 10w40 held with the metal to metal contact in the engine and helped prolong the engine’s life.

10W30 is a great oil for most people. This oil performs well under typically heat conditions.

Its operating range is up to 85 degrees Fahrenheit.
It can handle cold starting temperatures well and reduce wear and tear on most casual driving vehicles.

Cold weather is typically considered to be anything below 0 degrees Celsius or 32 degrees Fahrenheit.

The first number is important because it determines your oil’s viscosity when you are starting the vehicle.

These numbers are relative and don’t have any practical meaning. Smaller numbers are less viscous or thinner than more significant numbers.

This means that the first number represents the viscosity at winter temperatures.

10w30 and 10w40 are both multi-grade oils which means a “w will always follow the first number.”

There are single-grade oils that only have a single number, such as 20w or 30. These oils are only made for a single temperature.

The “w” will tell you if it’s made for winter, oils without a “w” are made for summer.

The second number in multi-grade oils such as 10w30 and 10w40 represents the viscosity of the oil at summer temperatures.

It is typically regarded as the viscosity of the oil when the engine is running.
The larger the second the number, the more viscous it is at higher temperatures.

This means that 10w30 is less viscous than 10w40 at higher temperatures.

As a result, 10w40 provides better protection against metal to metal contact and greater fuel efficiency than 10w30 at higher temperatures.

10w40 is typically preferred when the engine is working at higher temperatures or when their is a heavier load on the engine such as commercial vehicles.

Viscosity is a liquid’s resistance to flow.

The difference between motor oil such as 10w-30 and 10w40 is all about viscosity. Before we move on, it’s essential to understand what viscosity means.

If you were to pour 1 cup of water and 1 cup of honey into a container, the water would fill the container much faster.

The same applies to motor oil. In this case, 10w30 is more viscous than 10w40 at higher temperatures.

How Is Motor oil graded?

Oil is graded on the SAE J300 standardized scale. This sale classified oil based on its viscosity at different temperatures.

There are typically two numbers in each oil’s grading system. The first number is followed by a “W”.

The first number represents the oil’s viscosity at winder or cold temperatures.

This is typically the viscosity when you are starting your vehicle. Winter temperatures include any temperature below 0 degrees Celsius or 32 degrees Fahrenheit.

The second number represents the oil’s viscosity at summer or hot temperatures.

This is the viscosity when the engine is running. Summer temperatures include any temperature greater than 0 degrees Celsius or 32 degrees.

Oil with two values are multi-grade oil designed to perform all year – during winter and summer.

Oil with only one number is considered a single-grade oil. These oils are only intended to operate during either summer or winter and not both.

Since the first numbers are the same, this is a sign that both motor oils have the same thickness at winter temperatures.

The second number, “40,” is greater than “30,” which tells you that it’s thicker at higher temperatures.

If you have an older car that is high in mileage, you typically recommend using thicker oil.

If both 10w30 and 10w40 are acceptable oil options for your car, it’s recommended that you use 10w40 for your car with high mileage.

The thicker oil will reduce wear and tear and extend the life of your engine.

Before selecting your motor oil, it’s important to verify with your user manual and manufacturer that 10w30 and 10w40 are acceptable motor oil options.

When deciding on the motor you will use, it’s advised that you follow your car’s user manual.

The manual will typically give you the recommended oil that you can use on your car.

Use the option that is recommended in the manual.

If both 10w30 and 10w40 are on the recommended list of motor oils for your car, you can choose either one.

If you’re driving in hotter weather or anticipate a heavier load on your engine, I recommend using 10w40.

How Does Viscosity Affect Motor Oil?

Viscosity is important when choosing a motor oil because it determines how much friction there will be inside your engine.

If the oil is too thin inside your engine, there will be excess friction inside the engine.

This excess friction will increase the wear and tear on the engine.

If the oil is too thick, then the engine will need to work hard to get the engine started.

This extra work will increase the wear and tear on the engine.

This is why you must use the correct oil when choosing your motor oil.

The fuel efficiency difference between 10w30 and 10w40 is marginal.

It is recommended that you don’t select a motor oil based on fuel economy.

Choosing motor oil for your situation will result in the highest performance of your vehicle.

10w30 and 10w40 have the same viscosity at lower temperatures.

This means that they perform the same in cold weather.

The main difference between 10w30 and 10w40 is their hot weather performance.

10w30 vs. 10w40: Which is Better For Engines With Lower Running Temperatures?

10w40 may be too thick for engines with lower running temperatures.

This can make the engine-less effective because it requires more energy to get the engine running and keep it running.

If you are looking for an all-purpose option, your 10w30 is the best option. It can operate at both low and high temperatures well.

10w30 vs. 10w40: Which is The Better For Vehicles That Operate at Higher Temperatures?

10w40 is better for vehicles that operate at higher temperatures.

The increased viscosity of 10w40 is better for higher temperatures.

If you are operating at higher temperatures, then the 10w40 is the best option.

At temperatures beyond 85 degrees, 10w30 does not provide sufficient protection against the friction inside the engine.

The common rule that is followed is that the tighter the bearing clearance, the lower the viscosity your engine needs.

Likewise, the looser the bearing clearance, the higher the viscosity your engine needs.

Since 10w40 is more viscous than 10w30, it performs better for loose clearance engines.

Signs You Have Too Much Transmission Fluid

How long Does a Car Inspection Take?

6 Reasons Your Steering Wheel Is Locking Up